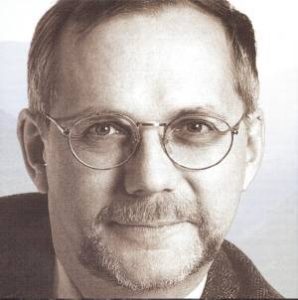 Philip Sparke was born in London and studied composition, trumpet and piano at the Royal College of Music, where he gained an ARCM.

It was at the College that his interest in bands arose. He played in the College wind orchestra and also formed a brass band among the students, writing several works for both ensembles.

At that time, his first published works appeared – Concert Prelude (brass band) and Gaudium (wind band). A growing interest in his music led to several commissions, his first major one being for the Centennial Brass Band Championships in New Zealand – The Land of the Long White Cloud.

Further commissions followed from individual bands, various band associations and the BBC, for whom he three times won the EBU New Music for Band Competition (with Slipstream, Skyrider and Orient Express). He has written for brass band championships in New Zealand, Switzerland, Holland, Australia and the UK, including three times for the National Finals at the Royal Albert Hall, and his test pieces are constantly in use wherever brass bands can be found.

A close association with banding in Japan led to a commission (Celebration) from and eventual recording of his music with the Tokyo Kosei Wind Orchestra. This opened the door worldwide to his wind band music and led to several commissions, particularly from the United States. In 1996 the US Air Force Band commissioned and recorded Dance Movements, which won the prestigious Sudler Prize in 1997. In September 2000 he was awarded the Iles Medal of the Worshipful Company of Musicians for his services to brass bands. In 2005 Music of the Spheres won the National Band Association/William D. Revelli Memorial Band Composition Contest. In 2011 he received the BUMA International Brass Award for his contribution to brass music.

His conducting and adjudicating activities have taken him to most European countries, Scandinavia, Australia, New Zealand, Japan, Taiwan, South Korea, Canada and the USA. In May 2000 he took the major step of becoming a full-time composer by founding his own publishing company, Anglo Music Press. The company is devoted to publishing his brass band, concert band, fanfare band and instrumental publications as well as recordings dedicated to his latest works.