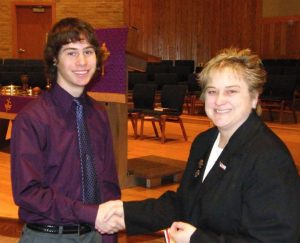 Gold Medalist: Peter Woodruff ($500 prize, solo engagement with BBC on Tuesday, 15-Jun-10 at the BBC Concert to be held at Trinity Lutheran Seminary)

The winner was Peter Woodruff, who was presented $500 and an opportunity to perform with BBC. The concert will be June 15 at Trinity Lutheran Seminary. BBC Educational Outreach Chair Stephanie Smith, administered the event. The Brass Band of Columbus applauds and thanks the Northwest Christian Church for hosting the competition. 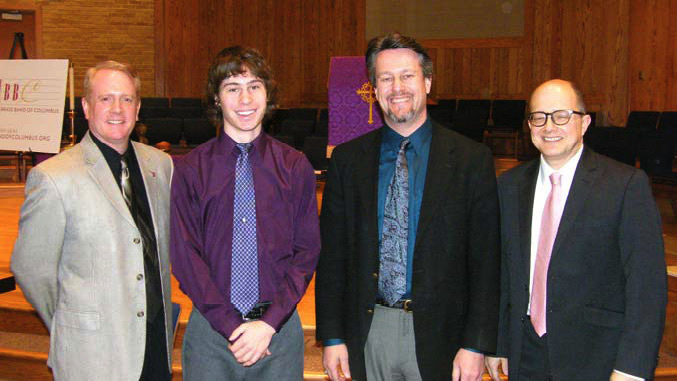