The second annual BBC Young Artist Competition was held on February 15, 2009 at Northwest Christian Church in Upper Arlington. Ten area high school musicians competed for three top cash prizes.  Competing for a cash prize and a chance to solo with the Brass Band of Columbus were: 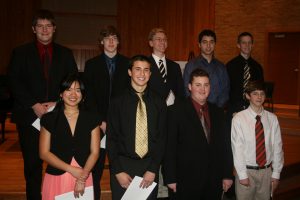 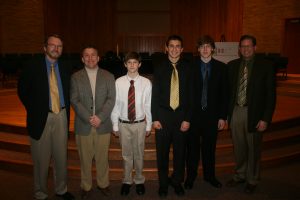 Tom Battenberg is a true cross-over artist. He is well-known in Columbus as the consummate musician – classical trumpeter, jazz artist, conductor, and arranger. He came to study at Ohio State on a piano scholarship and to pursue a degree in music education. Once here, he switched to trumpet and played in the OSU Marching and Concert Bands, Symphony Orchestra, Brass Choir, and Jazz Forum. By his senior year he was playing in the Columbus Symphony.

Following graduation from OSU, Battenberg moved to Arizona State University where he earned his Master of Music degree. He performed with the Dallas Symphony Orchestra for one season, then returned to Columbus in 1966 to begin a twenty-six year career as a professor in the OSU School of Music. While on the faculty he taught trumpet, performed with the Faculty Brass Quintet, directed the award-winning OSU Jazz Ensemble, and served as Assistant Director of the School of Music. He also founded the Faculty Jazz Sextet and the popular High Street Stompers Dixieland Band.

Battenberg retired from OSU in 1992 and continues to play with the Columbus Symphony, the ProMusica Chamber Orchestra, and the High Street Stompers. He remains active as a soloist and chamber musician in church, classical, and jazz ensembles.

Jonathan N. Waters serves as the Assistant Director of The Ohio State University Marching and Athletic Bands, a position he has held for seven years. He received his Bachelor of Music Education degree from OSU in 1999, and was a member of the Marching Band for five seasons. While serving as Graduate Assistant Director for the Marching Band, he earned two Masters degrees, one in Music Education and the other in Wind Band Conducting, graduating in 2001.

Waters’ duties include writing shows, rehearsing, and conducting the Marching Band and Athletic Bands. Within the School of Music, Waters also teaches undergraduate beginning and secondary instrumental conducting, brass methods, and marching band techniques. Additionally, Waters is the Assistant Director of the OSU Alumni Marching Band. He has also served as clinician and guest conductor for numerous middle school, high school, and college bands in Ohio and throughout the nation, including the Macy’s Great American Marching Band in New York City.

Dr. Thomas W. Zugger is currently the Associate Professor of Trombone and Euphonium at Capital University. He also taught at Adrian (MI) College and in the Walled Lake Michigan public schools. Zugger holds degrees from the University of Michigan, Michigan State University, and a Doctor of Musical Arts degree in Trombone Performance from Ohio State.

Zugger performs extensively on trombone and euphonium. He is the principal trombone in the Newark/Granville Symphony and appears with the Columbus Symphony, ProMusica Chamber Orchestra, and the Richmond (IN) Symphony. He has played with the Jimmy Dorsey Orchestra and in orchestras for national tours of named artists including Aretha Franklin, The Moody Blues, and Barry Manilow.

As a clinician Zugger has appeared at The Midwest Clinic and many state conferences. He is a published composer, a member of ASCAP, and is listed in several “Who’s Who” publications. Zugger frequently contributes literature reviews to the International Trombone Association Journal. He is an avid marathoner having completed twenty-seven marathons and two ultra marathons to date. He is now running for the American Cancer Society team. 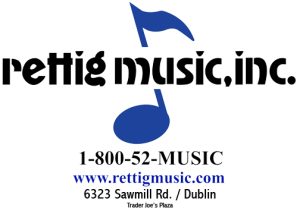 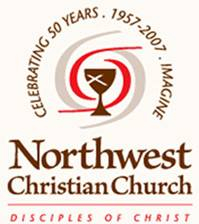